The online casino Interwetten is the latest iGaming operator to take on game content from the Isle of Man casino game developer Red Tiger, following closely behind the ComeOn Group, where it was announced they were to commence delivering Red Tiger games to their customer base just last week.

Interwetten casino which is licensed by the MGA and is based in Malta is one of nine online casinos that are owned and operated by Maltese operator Interwetten Gaming Limited.

The tie up with Red Tiger means that games such as Luck Halloween and the about to be launched Dragon’s Luck MegaWays will join games from the likes of Microgaming and Pragmatic Play, which are available at Interwetten.

Furthermore, players will now also be able to take part in Red Tiger’s daily jackpots which are planned to be integrated with the casino any day soon. Speaking about the Red Tiger’s game portfolio now being available at yet another iGaming operator, Red Tiger’s Business Development Director, Carl Ejlertsson, commented: “We are delighted to be launching with Interwetten and excited to introduce both new players and new countries to our titles.”

“The new deal further extends our global presence giving us access to players in Spain and Greece, where Interwetten holds local licences, as well as its traditional bases in Germany and Austria.”

Announcing the introduction of games from Red Tiger to the portfolio of games available on Interwetten, Mario Bilic, Head of Product at Interwetten, said: “Interwetten prides itself on providing online entertainment of the highest calibre, so introducing players to Red Tiger’s award-winning portfolio is a very exciting prospect” 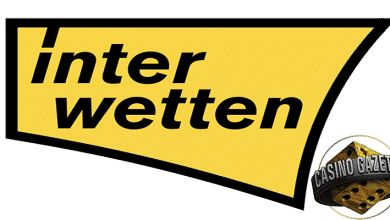