Casino game developers Red Tiger, who recently were subject to being acquired by Swedish giants NetEnt, have announced a link up with the Swiss facing online casino, 777.ch, which is owned by Switzerland’s famous Casino Davos.

The deal struck between Red Tiger and 777.ch will see Red Tiger’s portfolio of innovative game content now being made available to Swiss players at 777.ch, with titles such as Pirates’ Plenty – Sunken Treasure, sure to make an impact with players.

Speaking about the deal, Chris Looney, Red Tiger’s Commercial Director, commented: “We’re thrilled to have partnered with Casino777.ch and we’re sure our slots will prove popular with the casino’s player base.”

“The Swiss market is proving to be fertile ground for Red Tiger and our games have become very popular with consumers in a short space of time. We are committed to the market and will be launching more top-quality games on a regular basis.”

While Kai Laepple, Director at Casino Davos, the owner and operator of 777.ch, commented: “Red Tiger’s development team has earned a reputation as one of the most exciting providers in the industry, and we’ve been impressed by the company’s games.”

“Our aim is to give customers a tailor-made gaming experience with top quality content and we’re sure their titles will be a big hit with players.”

Wish Upon a Star Slot from Greentube 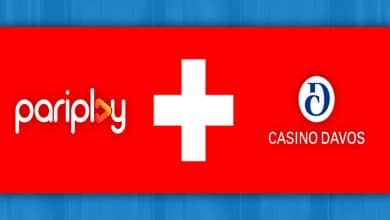