Scientific Games is a giant among casino software developers, with the company that was established in 1973 being the parent companies of large software companies renowned with the casino industry, such as WMS and Bally Technologies. Both of which are notable subsidiaries of Scientific Games.

Scientific Games roots can actually trace back as far as 1917 and a company called Autotote. Autotote started out making systems for horse racetracks. Nowadays like their main land based competitor IGT, Scientific Games have a notable foothold in the online environment as well as the land based bricks and mortar scene.

If you have played at an online casino or indeed visited a bricks and mortar casino establishment, it is highly likely you will have come across games ultimately owned by Scientific Games. The popular WMS Zeus slots no doubt would have crossed your path in the past, not forgetting the unforgettable Raging Rhino!

WMS themselves trace their roots way back to 1943, when they were known initially as the Williams Manufacturing Company.  Whereby they plied their trade by making pinball machines. Then in 1973 they started to develop arcade machines, with the first such one being a Pong clone.

It wasn’t until 1994 that WMS developed and created their first ever slot machine and now they are rightly regarded as one of the best casino slot machine developers in the gaming industry. WMS were acquired by Scientific Games in 2013, where they became a wholly owned subsidiary.

Many of the casinos that we feature and recommend on Casino Gazette will have among their game roster, games developed by Scientific Games and their group of companies. All are worth trying out.

NetEnt invites players to give Cash-O-Matic a Spin 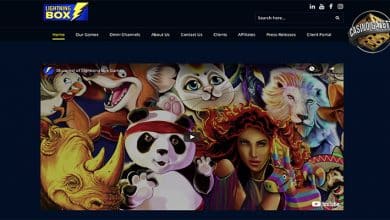