The game was released in Spain on July 13 and has gone down a storm among users. MGA Games are confident that it will achieve the same success abroad with videobingo fans.

Buffalo Bingo is made up of 4 cards of 15 numbers each, and has a 60 ball drum from which 30 are drawn. In addition, after all of the balls have been drawn, the player is able to acquire up to 14 extra balls.

Depending on the patterns that form on the cards, the players will begin to win prizes.  There are up to 15 prize patterns, and whoever gets the big bingo can also win the Jackpot.

Buffalo Bingo also includes 3 fantastic mini-games in which players can have fun and collect more prizes: Trails, a mini-game in which the bison must choose the best route to obtain a prize; Bison Stampede, a game where users discover between 4 and 12 new prizes along the way; and Buffalos, the classic shell game where users guess where the jackpot is. 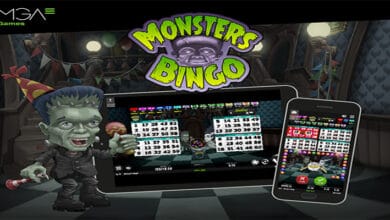