The award winning Red Tiger Gaming have announced that they are entering the Swiss marketplace with their suite of casino games, thanks to being made available on  Switzerland’s first licensed online casino via the Gamanza platform.

An initial batch of 19 online casino games from Red Tiger will be made available to Grand Casino Baden’s online site jackpots.ch, allowing players with the casino to try out Red Tiger’s innovative games for the first time.

Casino game titles that can be played include Mystery Reels and Dragon’s Fire, as well as the hugely popular Pirates’ Plenty, which was recently nominated for Slot of the Year at the Global Gaming Awards.

Red Tiger’s Commercial Director, Chris Looney, commenting on the news, said: “We’re very pleased to launch with Grand Casino Baden and are excited about introducing not only new players but a new country to our titles. “

“Red Tiger is always looking to enter regulated markets such as Switzerland, and we’re looking forward to building a strong partnership with Grand Casino Baden and their platform provider Gamanza.”

While Marcel Tobler, Casino Leader at Grand Casino Baden, said: “Red Tiger’s games have really impressed us, and we are delighted to be the first operator in Switzerland to have access to them.”

“It’s an exciting time for everyone in the market and having internationally renowned and commercially proven games in our arsenal is a real boost at launch.” 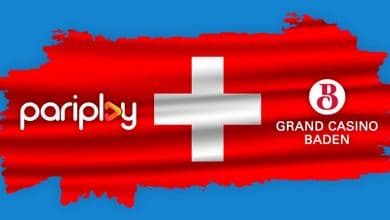