The prolific publisher of online slot games for the online casino environment, Malta based Pragmatic Play, are tempting players to immerse themselves in Norse culture with the release of Book of Vikings, their latest online slot offering.

Featuring comic book-style visuals and a classical instrumental soundtrack, the highly volatile slot is riddled with symbols of Norse mythology, and includes a mystery Free Spins feature where landing a special expanding symbol will boost chances of big wins.

There is also a Scatter symbol that takes the shape of a Magic Book, which only needs to appear three times in a payline to trigger the Free Spins feature.

Here, a regular symbol is randomly selected to become the expanding Mystery Symbol before the player is allowed to use their 10 free spins, and every time it appears, the Mystery symbol will expand to fill the entire reel.

A huge number of winning combinations can be created with these expanding Mystery symbols, and players who wish to bypass the base game for the Free Spins feature can do so with the Bonus Buy element where available.

Book of Vikings has a default RTP setting of 96.5%, but players need to be aware this ‘reported’ RTP can and does differ depending on which online casino you are playing the slot game at.

The slot also boasts a maximum achievable win on a single spin of 5,000 times your bet stake.

Commenting on the release of Book of Vikings, Pragmatic Play’s Yossi Barzely, their Chief Business Development Office said: “Our previous Norse-themed release was dominated by an all-female warrior cast, but this time we see Viking royalty grace the helm of the ship.”

“Book of Vikings™ utilizes a gorgeous aesthetic and combines it with simplified gameplay to provide a winning experience for players of all ages and demographics.”

Stakelogic journey back to Ancient Egypt in Pyramid Strike™ slot 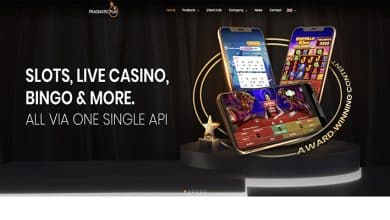