Guts casino is one of my own personal favourite online casinos, which I frequented for a number of years since it opened its virtual doors back in the summer of 2013.

One of the attractions of opening an account with and playing at Guts was the fact that processing of withdrawals was super quick and still is I might add.

I am sure many reading this page, will have come across online casinos aplenty who like to drag their feet up treacle covered stairs when it comes to paying your cashouts, well Guts was certainly not one of those operators!

With a good variety of games thanks to having agreements in place with multiple casino software studios, to include the likes of Microgaming and NetEnt, these certainly whetted my appetite when it came to slot games. What with being a big fan of old school games such as Thunderstruck and of course Immortal Romance. I mean who doesn’t like both these games?

Back in February 2020 we reported that the Betsson Group had acquired from Gaming Innovation Group all of their B2C brands to include Guts, valuing Guts and their sister casinos such as Rizk to the tune of €31m.

The transition to Betsson has by all accounts gone seamlessly and some eight to nine months on, all is still good in the hood as some may say, when it comes to player satisfaction at Guts.

Guts to Leave the UK

Unfortunately for those of you that reside in the UK, Betsson Group just this week announced that Guts and all their sister online casinos which were acquired from GiG bar Rizk, will be exiting the UK.

This is in part no doubt to the fact that Betsson already have a growing portfolio of online casinos, but also due to increased tightening of regulation from the Gambling Commission. As the iGaming industry is set to enter some choppy waters and squalls in 2021.

Irresponsible actions of slot streamers which we have covered recently here on Casino Gazette, is probably not helping and thus causing operators to see the UK market as a lost cause.

So if you want to know the latest up to date information concerning Guts, then sit back and play the Casinomeister video review at the top of the page. For further details check out the Guts Casino Review over on Casinomeister. 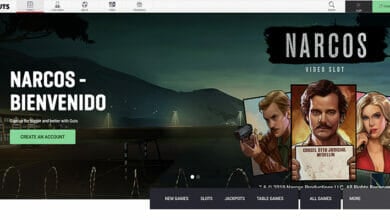