This stripped back game has a single reel that once spun must land a symbol to progress to the next level.

Players have the option to collect money by transferring the current total to the bank, but it’ll reset any prize progression achieved.

1 Reel Xmas has three symbols that represent a progressive win that is dictated by the number of times the play lands the symbol on the reels. Each time one of the three symbols is revealed, the corresponding symbol win bar moves to the next level.

All winnings are accumulated within the bank, except for direct wins and any jackpot win.

The Father Christmas Wild counts as landing all three win symbols simultaneously and it’ll take each of the three progress bars to the next level.

Once the final level has been reached with a particular symbol, any time the same symbol lands in this mode the player is gifted with the final level win directly into the balance.

The jackpot is landed once all three symbol progress bars are maxed and once it’s hit, it will disappear until the prizes are reset.

“Excitement builds with every spin as the progress bars rise and gets closer to the festive jackpot.” 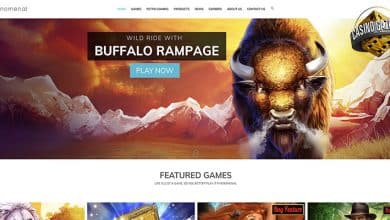