Despite a growing groundswell of support from certain sections of the mainstream media to try and curb sponsorship of professional football by gambling companies, at the end of last week the Championship club Bristol City announced they had extended their deal with Mansion Bet.

Previously the Ashton Gate based club had been sponsored by the UK licensed online casino Dunder, in what was at the time a record sponsorship deal for Bristol City.

Announcing that Mansion Bet are to remain the principle partner for Bristol City for a second successive season, parent company Bristol Sport’s  Head of Commercial Justine Kebby stated: “We are delighted to confirm our partnership with MansionBet for a second season.”

“We’re excited with their continued support, working with our Bristol City fan base and the Bristol Sport group.”

“With nearly two decades of industry experience and a long tradition of sport sponsorship, MansionBet bring a huge amount of expertise and creativity to this partnership.”

Commenting on behalf of Mansion Bet,  Head of Integrated Marketing Dana Bocker added: “It’s been an eventful first season with Bristol City and I’m delighted that we are continuing our partnership with the club and support of the English Championship.”

“We’re looking forward to getting back into the stadium for the 2021/22 season and connecting with fans on a more personal level, showing our support for both the club and its loyal supporters through a number of exciting initiatives.” 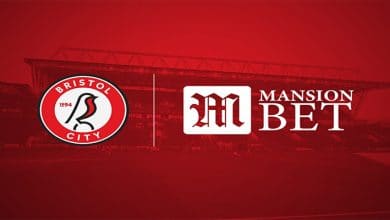