Betixon, the mobile-first slot developer, will integrate its full suite of thrilling and fun games with tier one operator, Betsson Group.

Under the deal, Betixon’s cutting edge mobile slots, which can also be played on desktop, will launch to players in Lithuania and Estonia via the operator’s Betsafe and Supercasino brands.

This means players at these popular online casinos will be able to access titles such as Boots of Luck, Wild Wolf and Ages of Halvar, plus the soon to launch Fortune Breakers series, for the first time.

Fortune Breakers is set to become Betixon’s flagship game series, with each slot packed with stunning visuals and animations plus innovative gameplay and features.

Betixon was founded by industry veterans and has already earned a formidable reputation for designing and developing highly engaging games that have been built for mobile play from the get-go.

Each slot boasts an incredibly high production value, with striking graphics and authentic sound combined with engaging gameplay thanks to the use of cutting-edge math and mechanics.

The developer’s games are available to operators in a wide range of regulated markets, including the UK, Lithuania, Estonia, Italy, Colombia, and Romania with more to follow.

Lior Cohen, Co-founder and CTO of Betixon, said: “This is a major deal for Betixon and marks our arrival as a major player on the slot development scene.”

“Betsson is one of the biggest names in the business and it is a real honour to see our suite of mobile-first slot games launch to players in Lithuania and Estonia through its Betsafe and Supercasino brands.”

“As a studio, we are focused on regulated markets and partnering with operators that share our strategy and vision, and in Betsson we have found the perfect partner.”

Ciara Nic Liam, Product Director for Gaming at Betsson Group, said: “We pride ourselves in offering our players the widest range of quality casino content localised to the market from which they are playing.”

“Betixon has quickly emerged as a rising star on the slot development scene and we believe their games will prove to be hugely popular with players in Lithuania and Estonia.”

“We look forward to seeing titles such as Boots of Luck and Fortune Breaks land in the game lobby at Betsafe and Supercasino and to enjoying a long and successful partnership with Betixon.” 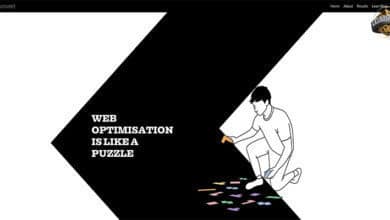