Malta based casino game developer last week released their latest slot game, which they have their fingers and toes crossed will be a hit with players. The slot title of Wolf Moon Rising is now available to play at all online casinos which feature game content from the innovative slot game studio.

With a maximum win potential of up to 20,000 times a player’s bet stake, Betsoft have created a game in Wolf Moon Rising that is likely to be well received by the casino and slot player community. As of yet though, we have not seen any of the popular slot streamers give it a spin, but don’t be surprised if Wolf Moon Rising appears on a YouTube or Twitch channel in the near future.

A 5 reel slot game featuring 25 pay lines and a reported RTP of 96.53%, the theme of the game, design and atmospherics is similar in a way to the famous Wolf Run Slot from IGT.

Wolf Moon Rising has a free spin bonus round whereby 10 free spins are awarded after a player hits three or more feather talisman symbols, which acts as the game’s scatter symbol.

The slot also offers the player the chance to gamble their win. Wolf Moon Rising can be checked out on any of the recommended casinos that use Betsoft software that we feature on Casino Gazette, 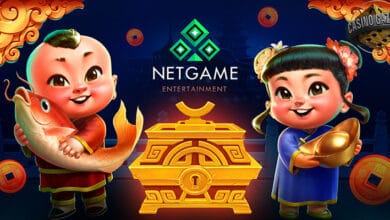