The UK’s most well known online bingo site, Gala Bingo, has launched a new TV advert, inspiring the nation to have fun and ‘Bingo Like a Boss’ (BLAB).

The new advert which can be viewed below continues Gala Bingo’s successful rebrand in 2020, which launched the BLAB messaging to help reach a wider audience.

The campaign has introduced a range of fabulously sassy characters, from Gloria the boss babe, to Ruby Rose and her nan, the ‘Paddle Pals’, and now a new man is on the scene – Doug, with his pet dog.

In the new advert, titled ‘Walk on the Wild Side’, Doug is faced with the tedious task of bringing his washing in from the garden.

However, embracing the BLAB attitude, he leaps up onto the washing line and acrobatically removes each item from the line, rolling and backflipping as he flings the clothes into his laundry basket.

His trusty bulldog watches on as Doug performs a textbook dismount, having completed his chores in style.

‘Walk on the Wild Side’ launched on Tuesday 21st September during The Real Housewives of Cheshire on ITV Be at 07:45.

In the coming months, Gala Bingo will also reveal the final advert in its BLAB series, which will display the brand’s commitment to user wellbeing and safer gambling. Through a musical barnyard scene, ‘Ballad of RG’ will encourage players to set time and spend limits while playing and take breaks.

The adverts will run for the next year and have been created by Antidote, with Chris Balmond as Director.

In the Gala Bingo Boss Offs, Doug, Wendy, Ruby Rose and Frieda Balls will compete in a set of extraordinary challenges to finally decide who is the ultimate boss, while in The Boss Academy, the characters will be providing tips and tricks on how to smash everyday chores.

James Kennedy, Brand Marketing Director said: “I think we all need a little bit of BLAB in our lives!  Doug is the latest instalment for Gala Bingo providing an antidote to life’s drudgery by offering fun, rewarding, immersive experiences for all.”

“The ads really showcase the fun side of the Gala Bingo brand and we hope the nation embraces the BLAB attitude, just like Doug!” 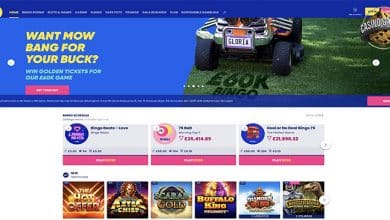