Live5, the exciting slot game developer, has expanded its geographical reach into the thriving Canadian market after striking a deal with state lottery operator, Loto-Québec.

The deal has been facilitated by distribution partner SG Digital and its OpenGaming product suite and will see Live5’s Billy Gone Wild slot launch to players in the region for the very first time.

Billy Gone Wild is the developer’s adventurous farm themed slot where players are met by a whacky goat before being introduced to a wealth of features, including Wilds, Free Spins and Re-spins. There is plenty of big win potential if players can bring some sort of calm to the farm.

Live5 is a rising star slot developer that has quickly built a reputation for launching quality slots that deliver a thrilling and highly entertaining player experience.

While initially focused on the UK market, with momentum now behind the studio and its diverse game portfolio, Live5 is looking to expand into new markets around the world including Canada.

Lloyd Butler, CEO of Live5, said: “We have ambitious global expansion plans as we move into the second half of the year and are delighted to have entered the Canadian market with Loto-Québec.”

“This is just the start of our plans for Canada and we look forward to launching with more operators over the coming months. We will also deliver more titles to Loto-Québec.”

“Our Open Gaming System (OGS) continues to provide lotteries such as Loto-Québec with access to a platform rich full of quality games, including Billy Gone Wild. We’re delighted to have facilitated Live5’s entry into Canada and look forward to expanding its reach further through OpenGaming.”

New Look over at Casinomeister 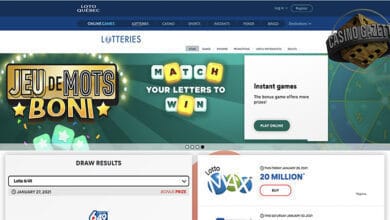