After the huge success of its predecessor, Pirates’ Plenty – The Sunken Treasure, the rip-roaring slot – which is the 100th produced by the developer – has 5×3 reels filled to the brim with pirate bounty.

Collecting all the pieces of the Treasure Map reveals the fourth Wild Island Row which once unlocked, stays unlocked, giving players the chance of wins of up to 5,000x of their stake.

Buccaneering symbols such as bottles of grog, pistols, cannons, pirate hats and of course skulls and crossbones make players feel like a true shipmate.

Optimised for play in portrait mode on mobiles, the slot sways gently from side to side to a dramatic soundtrack giving a powerful sense of being on the high seas.

Land three Battle Spins for Free Spins, along with Bonus Spins, Locked Wilds, and be sure to keep an eye out for Blackbeard throwing Wild Bombs for huge rewards.

Carl Ejlertsson, Director of Business Development at Red Tiger, said: “Pirates’ Plenty – Battle For Gold is one of the most immersive titles in our suite of slot games. Its predecessor Pirates’ Plenty – The Sunken Treasure has featured in iGaming Tracker’s top five games since its release, so we had a lot to live up to with the sequel.”

“The free spins feature has a new take on sticky wilds which allows players to see the potential of the game very easily. Combine this with the treasure map functionality that allows for a lower volatility introduction experience before the heat is turned up, and you have a great player experience!”

All of Red Tiger’s games can be combined with the supplier’s unique progressive jackpot software, Tournaments feature, and its Smart Spins marketing tool, which delivers unique promotions via an in-game dialogue module. 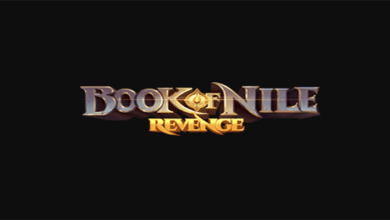