Coventry City who were crowned League One Champions after the 2019/20 season was cut short due to the Covid-19 pandemic, return to the Championship after an eight year absence, during that time they spent a season in the bottom tier of the Football League in 2017-18 season.

The deal with BoyleSports is the highest value sponsorship Coventry have enjoyed in nearly ten years and will see BoyleSports also become the club’s official betting partner.

BoyleSports who have a retail estate presence on the high street in the UK, including 4 shops in the city of Coventry itself. Speaking about the deal with the ‘Sky Blues’, Conor Gray the Chief Executive Officer of BoyleSports, said: “Having chosen the Midlands to be the base for our expansion into Britain, we are proud to cement our commitment to both Coventry and to the wider Midlands area with this deal.”

“We see exciting times ahead for BoyleSports in the Midlands and with their recent promotion to the Championship, we wish Coventry City FC all the very best in their upcoming season.”

“This is a significant deal for the Football Club and will provide much needed and significant revenue for the Club, helping to support Mark Robins and the team in preparation for the upcoming Championship season.”

“BoyleSports have already shown great enthusiasm about their new sponsorship and supporting the Sky Blues, and we look forward to working with them.”

In relation to concerns over the proliferation of sponsorship of betting firms in league football, Boddy added: “In line with EFL guidance, the Club and BoyleSports will work closely to ensure that the promotion of any gambling products is conducted responsibly and in line with all appropriate licensing and regulatory guidelines.”

“Sky Blues fans will get their first look at Coventry City’s Hummel home and away kits for the 2020/21 season very soon!” 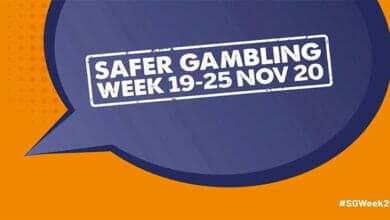